In 2011 the AustMS meeting was at UoW, directed by David Pask. They wanted locals to be identifiable so they could be asked for directions, etc. David got hats instead of T-shirts. (Great idea!) That year, students decided to take a leaf out of the ANZIAM Cherry Ripe prize and flip the BH Neumann Prize by judging the ‘best talk by non-student’. Criteria were not specified. However, shortly before they were due to award the accolade they realised that they had no prize! David gave them a spare hat and the rest is history. 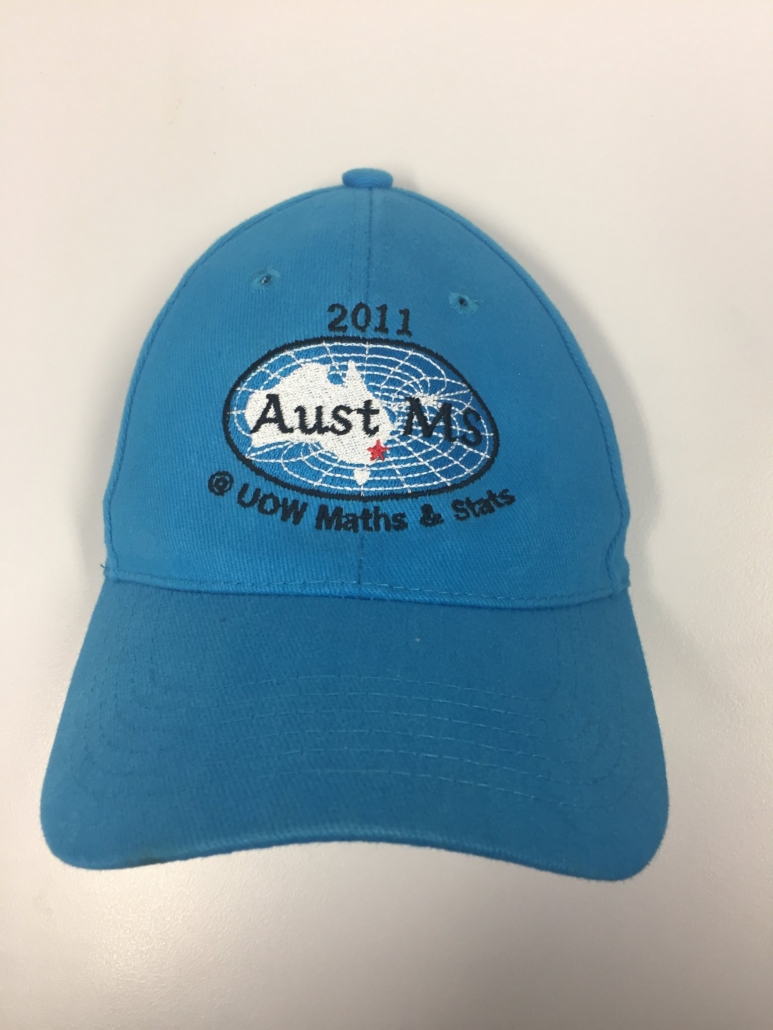 Sometimes the blue hat has been purchased from a $2 shop and has featured glitter or flashing lights. The 2017 hat was a very stylish satin number, the students having access to a large shopping centre close to Macqurie University! The award was given to Professor Georgia Benkart, who was, coincidentally, the Hanna Neumann lecturer and by all reports a delighted recipient. — Gazette of the Australian Mathematical Society, 45:1 (2018) pp. 22–23